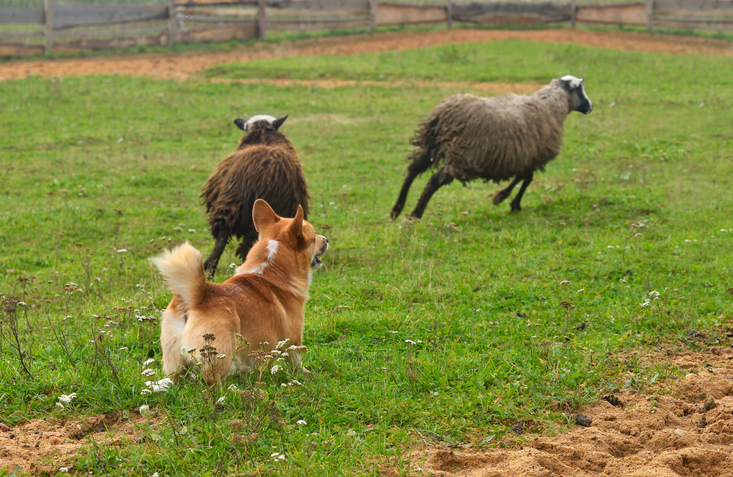 Dog walkers urged to keep their pets away from farm animals

Dog walkers urged to keep their pets away from far

A new campaign urges dog walkers to make sure their pets don't cause problems for livestock or farmers.

NFU Scotland's 'Control Your Dog on Farmland' campaign focuses on livestock worrying as well as on the growing problem of dog fouling, which can cause livestock to contract dangerous diseases.

In a recent survey of farmers, crofters and landowners, the farming union found that 72% had experienced an issue with livestock worrying on their land and 84% felt the Scottish Outdoor Access Code requiring dogs to be kept 'on a lead or under close control' didn't provide sufficient protection to them or their livestock.

What's more, all 340 respondents in the survey said they had an issue with dog fouling on their land -- including plastic bag pollution as well as instances where livestock have contracted diseases from eating dog poo and plastic bags.

Scotland's Outdoor Access Code and the UK-wide Countryside Code set out the public's responsibilities in the countryside, including when walking with a dog.

For example, the Outdoor Access Code states: "Pick up and remove your dog's faeces if it defecates in a public open place". If venturing into a field of farm animals, owners are told to keep their dog on a short lead or close at heel, and keep as far as possible from the animals.

Similarly, the Countryside Code stresses the importance of keeping your dog under effective control, either on the lead or by keeping it in sight at all times. If your dog is off the lead you should be aware of what it's doing and be confident it will return to you promptly on command. Ensure it does not stray off the path or area where you have a right of access.

As well as asking owners to clean up after their dog and get rid of the mess responsibly, the Countryside Code says to make sure your your dog is wormed regularly to protect it, other animals and people.

In addition to these two main issues, the campaign seeks to educate walkers about the dangers of walking in fields with cattle and what to do if cattle charge at them or their pet.

According to the Outdoor Access Code, if cattle react aggressively and move towards you, it is safer to let your dog off the lead and take the shortest, safest route out of the field.