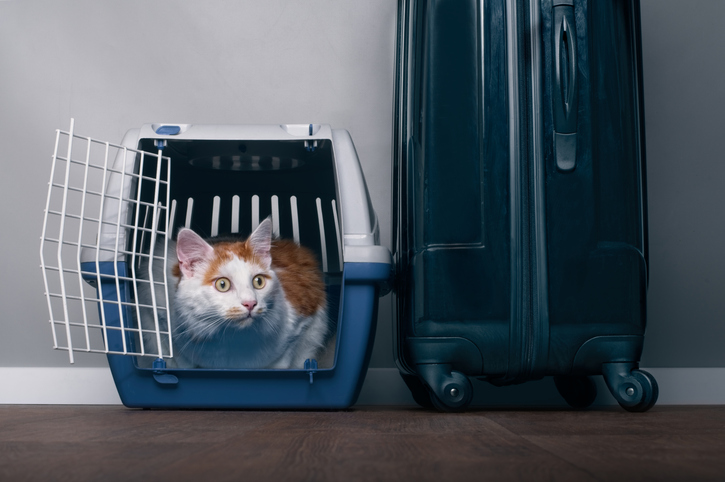 Help your pet deal with anxiety

Help your pet deal with anxiety

Does your pet suffer from anxiety? It's not always easy to tell, so all this month Ceva Animal Health has been running a nationwide campaign to educate pet owners on the signs of anxiety in cats and dogs.

Ceva, manufacturer of behaviour products Adaptil and Feliway, named March as Pet Anxiety Month and said it wants to educate owners that their pet's disruptive behaviour can be a result of anxiety or stress.

New research commissioned by the company found that 48% of UK pet owners believe their pet's behaviour is related to anxiety or a fear, with 77% of owners saying they regularly adjust or change their plans to accommodate their pet's anxiety.

Some of the triggers that owners reported as causing anxious behaviour included the sound of the vacuum cleaner (42%), fireworks (37%), and being left alone (35%).

Almost half of owners admitted they don't know where to turn, and end up resorting to Google for help.

Ceva said it wants to raise awareness about all pet anxiety and highlight that there is something you can do to help -- whether it's taking your pet to see a qualified behaviourist or trainer, changing your pet's resources at home, or helping them with a supporting product.

The company recruited Love Island star and TV personality Chris Hughes to help spread the word. Hughes has previously spoken out about his own mental health and anxiety, and took on the role of ambassador to male suicide prevention charity Calm last year.

Commenting on his involvement with Pet Anxiety Month, he said: "Our pets suffer with mental health issues, just like we do, but not a lot of owners or carers realise certain behaviour is actually a result of anxiety, stress or even a fear of something.

"I have eight dogs on my family farm and I know a few of them have had issues with anxiety and fears in the past. Without knowing the signs, it's really easy to put the symptoms down as bad behaviour. Our pets are really trying to communicate in the only way they can and it's up to us to help."