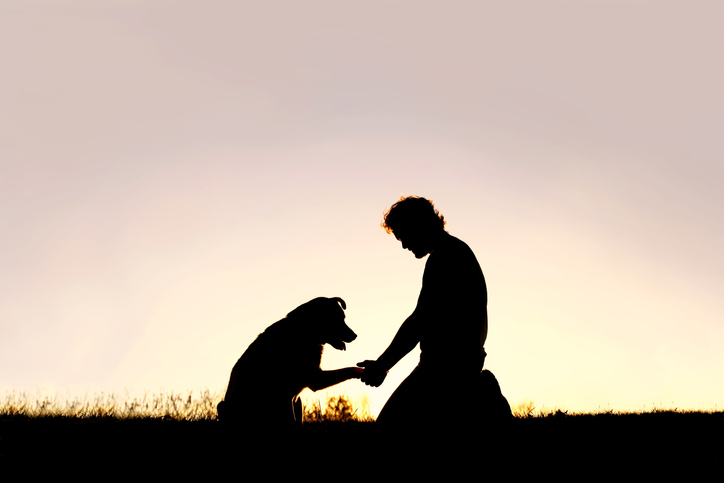 Dogs need daily exercise -- getting us out of the house even when we might not feel like shifting from the sofa -- and that's good for both our physical and mental health. Dogs Trust has shared the story of Ron Lightfoot, aged 59, who has seen a dramatic improvement in his own well being after adopting rescue dog Charlie, an eight-month-old Lurcher.

A year ago, Ron was suffering from Type 2 diabetes and was also receiving medication to help him through depression after several life events affected his mental health. Due to a combination of his physical and mental health problems, Ron had recently retired as a firefighter.

"The back end of 2017 was not a good time for me personally," Ron said. "My state of mind suffered after a bereavement and a relationship breakdown, and I had no reason to get up and get out of the house. I had also suffered from Type 2 diabetes since 2011 and my doctor urged me to do something about both my diet and activity levels to try and reverse it. Getting a dog had been mentioned a few times as a way to get me out and about, but until I retired, I wasn't really in a position to commit to owning a dog."

In January 2018, after stopping work, Ron decided to visit his local Dogs Trust rehoming centre where he met Charlie and decided to adopt him. One year later, Ron has lost three-and-a-half stone and managed to reverse his diabetes thanks to going on long walks with his new best friend. Ron's mental health has also improved since owning Charlie.

He explained: "Without a shadow of a doubt, Charlie has not only done wonders for my physical health, but having a reason to get out of bed has improved my state of mind. He is a cheeky chappy and makes me laugh every day. He loves meeting new people so when we're out on our walks I end up chatting to people that I would've usually walked past if I didn't have Charlie. Now my days are full of walking and talking, which they definitely wouldn't be if it wasn't for Charlie. I feel like a better person since he came into my life. He genuinely has helped my soul."