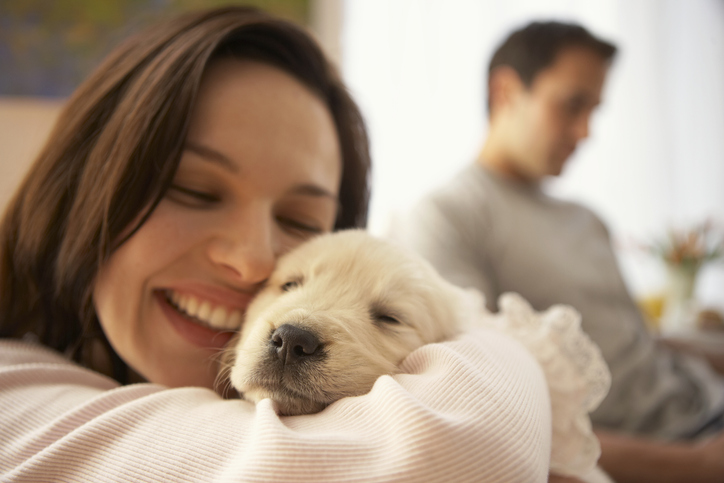 Who do you love more: your partner or your pet?

Who do you love more: your partner or your pet?

Many people prefer their pet to their life partner, new research has revealed.

In a survey commissioned by Maguire Family Law, half of pet owners said they have as much love for their pet as they do for their human partner, and 15% admitted that they love their pet more than their significant other.

Men are more likely to be loyal to their partner, with 57% saying they love them more than their pet, compared to only 47% of women who said the same.

With people so attached to their animals, it can lead to difficult decisions if the relationship falls apart, the solicitors' firm said.

The research found that a quarter of people expect to have to take legal action if they broke up with their partner, as both would want to keep the pet.

Some couples have discussed what would happen if the relationship ended. In the survey, one in 20 said they have a formal written agreement in place, outlining who will get to keep any pets they have together if they separate in the future.

"There have recently been a number of cases involving celebrities breaking up and falling out with their exes over who gets to keep their pet, and as more of these high profile fall outs make the media we expect to see an increase in enquiries from people looking to protect themselves and their pet in the unfortunate case of a break-up," Maguire explained.

"Under current legislation in England and Wales, pets are treated as an item of personal property -- the same as a piece of furniture, for example. Obviously, the emotional attachment to pets can be huge, which is why we see so much upset over who gets to keep them when a couple divorces. If you get an agreement in writing, there may be issues around its enforce-ability if there's a dispute, but we find if a couple agrees on matters upfront, they usually stick to this."